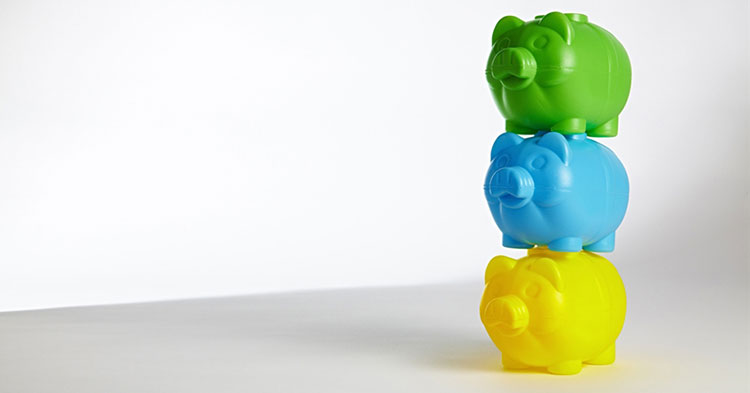 The Extraordinary Power of Compounding

Let me share the two most basic rules of saving, rather I would say sensible saving.

Long Term – Start as early as you can

Compounding can be called as investor’s best friend - do you know why? Because the power of compounding makes your small amount of money, which you invest over time, grow into a considerable large sum. The longer the time frame of the investments made, the greater the value you will earn. This is achieved when you earn a return on return and so on

Example 1) The example below shows how an initial investment of Rs 10,000 grows to Rs 217,245 over a period of time at 8% rate of interest and the calculation is done for 40 years. How it works is that the interest earned on the previous year is added to the amount invested the next year. So, the investor ends up receiving interest on interest already earned.

he reason why your investment has grown much bigger than your friend’s is because you get 20 extra years of compounding than him. You benefit more from compounding when you start investing early.

Here’s an example of Compulsory Savings

Example - Whatever you invest towards your retirement corpus should have an element of compulsion both in terms of tenure and amount. Read on about two great friends Rakesh and Ramesh and See the difference yourself in the table below.

Rakesh invested whatever was left after spending whereas Ramesh invested a fixed amount throughout. Both of them invested Rs 9 lacs in a period of 25 years

In the table above, It is evident that disciplined investment over a long term gives the best result.

So the crux of investing and living happily ever after is to Invest for a long term and Invest in a instrument which has compulsion and difficult exit routes.

GET BEST QUOTE FOR LIFE-INSURANCE

“Every time I hear someone moan about their insurance, I tell them I can recommend a better broker. Keep up the Good Job!”.
Mr. Avinash Rawat
“OneInsure’s service for claims is a perfect example of the benefits of having a broker working for the policy holder; excellent personal service from start to finish.”
Mr & Mrs. Naik
"Excellent, magnificent, prompt and professional customer services! The kind of service that believes in resolving customers issues as top priority. "
Nisha Mehta
"I am very much impressed with the courteous behavior, friendly approach and responsiveness received from your end. I would like to say that you have taken a step ahead of setting a benchmark in the customer support that other companies could learn a lot from."
Akhilesh Raut
"Very Impressed by the Quick response and attitude towards solving my issue."
Sunaina Singh
Problem with your Policy? Get Assistance Interested in Buying This Policy? Need Help from our experts? + -